And it has nothing to do with social status, wealth or political affiliation. According to the CDC (Centers for Disease Control and Prevention), 35% of U.S. adults are obese. Obesity affects your quality of life and will cause you to die earlier than your peers. And how does it make you feel? Depressed and fatigued with an overall loss of vitality.

So, enough about the bad news. What can be done? At The Renewal Point, we have helped hundreds of men and women with weight issues using the most modern methods available. Under the guidance of Dr Watts and his supportive medical team, patients have the opportunity to use the most modern methods available for weight loss, such as FDA approved appetite suppressants, hormone balancing, Lipotropic injections, and a personalized nutritional plan.  Let’s take a look at three examples of The Renewal Point patients; as we will see, metabolic problems such as inflammation, hormone imbalance and stress interfere with maintaining a normal weight.

John – Age 56, was referred by his wife for weight issues. On previous attempts at weight loss, he had failed. He described aching throughout his body, i.e., knee pain, back pain, etc. John’s principle problem was inflammation throughout his cardiovascular and musculoskeletal system. Tests performed in our office proved John had heavy metal toxins and food sensitivities. After a simple elimination of the heavy metal toxins and a diet more favorable to his food allergies, John was able to shed his weight. As a special bonus, much of his inflammatory symptoms began to disappear.

Additionally, inflammation and its ensuing problem with weight control, heart disease, hypertension and strokes can be caused by toxins such as heavy metals. “Measurement of heavy metal toxicities should be evaluated in patients with these problems” says Dr. Houston of Vanderbilt University.

Jessica – Age 55, is a mother of three and grandmother of one. She ate well, exercised, took “vitamins, and drank alcohol moderately but she was not feeling well. She complained of symptoms of insomnia, fatigue, low sex drive, fluid retention and weight gain. As she put it, “I’m sick of feeling sick”.

Blood tests showed Jessica to have ovarian and thyroid hormonal issues. Once Jessica’s hormone issues were corrected with bioidentical hormones her complaints of low sex drive, fatigue and insomnia ceased. And, as she said, “I feel great and am a slimmer version of myself”.

In their article on the effects of weight gain by synthetic progestins in Cochran Database System Review, Lopez, et. al. found that use of synthetic hormones significantly increased body fat and decreased lean body mass.

Gloria – Age 41, a professional, who described herself as an “in-charge woman, friendly and productive”, had been experiencing personnel problems at her office. She became overly stressed and disheartened about it. Her doctor diagnosed her with depression and placed her on Zoloft. She came to us complaining of fatigue and weight gain. (A common side-effect of Zoloft is weight gain.) A salivary and urinary lab revealed low cortisol and serotonin levels. We advised a course of natural cortisone and natural Targeted Amino Acids®. Shortly after, she discontinued her Zoloft and began to lose weight easily.

In an article published in Psychoneuroendocrinology, Tomiyama, et. al. reported that those with higher stress levels and low cortisol levels had greater fat accumulation and reported increased emotional eating.

At The Renewal Point, we have found that most metabolic imbalances cause problems with weight gain, especially around the hips and thighs. By controlling these metabolic imbalances, we are able to not only address the issues of weight gain but also many of the physical and emotional factors that come with it.

This information is not intended to diagnose, treat, prevent or cure any disease. All material provided in this article is for educational purposes only. Names have been changed to protect patient confidentiality. Individual results may vary from those listed in this article. Always seek the advice of your physician or other qalified health care provider with any questions you have regarding a medical condition, and before undertaking any health program. Brain Washed In My Sleep 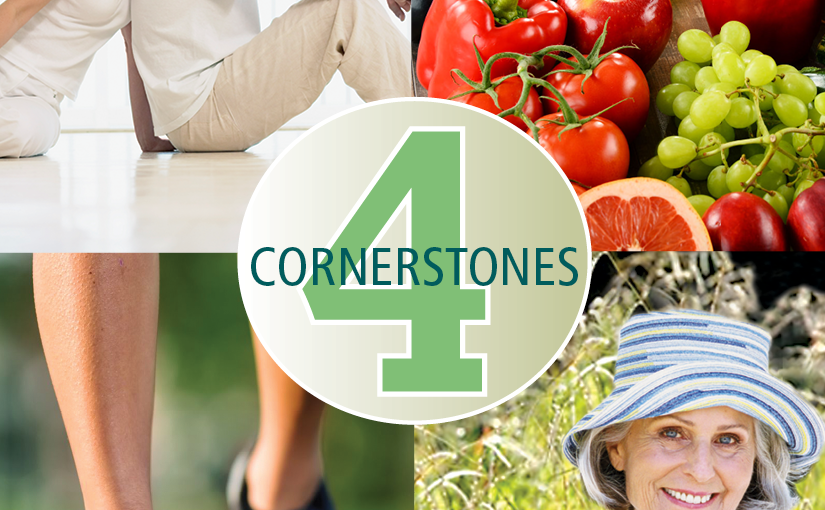 Top Tips for Living a Longer and Healthier Life By focusing on the four cornerstones of health – Hormone Balancing, Nutritional Health, Physical Conditioning, and Toxin Elimination – we have been able to help our patients not only recover from major illness and disease but also achieve optimal physical, emotional, and mental health.  At The Renewal Point, we believe you can spend the rest of your life discovering new levels of vitality and vigor – not simply trying to rescue what’s left.